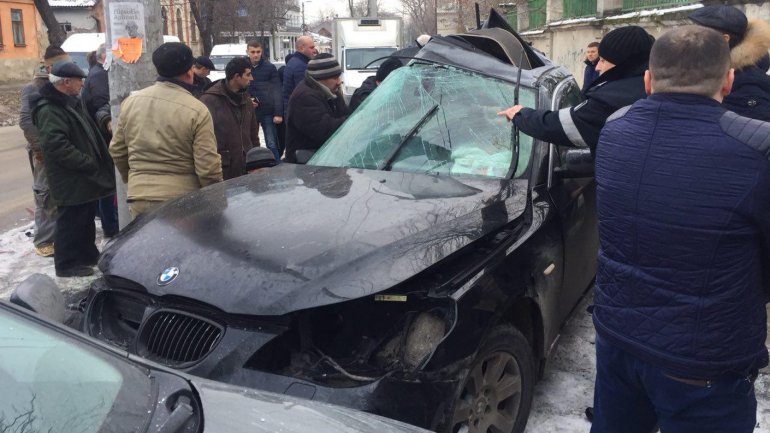 A 29-year-old man passed away this morning, after he lost control of the vehicle and hit a pillar. The impact was strong enough to require an evacuation team to be dispatched, to take the body of the young men out of the car.

The victim was a carabineer and was on his way home after a night shift. The man was driving a BMW car, while eyewitnesses claim that he was speeding.

"I noticed smoke coming out of the car, tried to pull the door, but it would not budge. He showed no signs of life. Was speeding and was overtaking other cars" an eyewitness claims.

According to the information, the young men borrowed the car, registered abroad, from a friend, who is working abroad.

Police claims that the car had summer tires.

"The driver tried to overtake another car, but lost control of the vehicle and hit an electricity pillar, having damaged two other cars, parked nearby" press officer of the Capital's Police, Natalia Stati said.

Law enforcement are investigating to establish all circumstances of the accident.

The man is originally from Cucureştii de Jos, Floreşti district, but works as a carabineer in the Capital for the past nine years. He was married and had a 3-year-old child.

Another accident took place this morning on Traian St. from Botanica sector. The driver of a Toyota car, 19 and drunk, has collided with another car, resulting in another two parked cars being damaged.

Luckily nobody was hurt. The driver risks to 43 000 lei fine, with restriction from driving any other vehicle for the next five years.