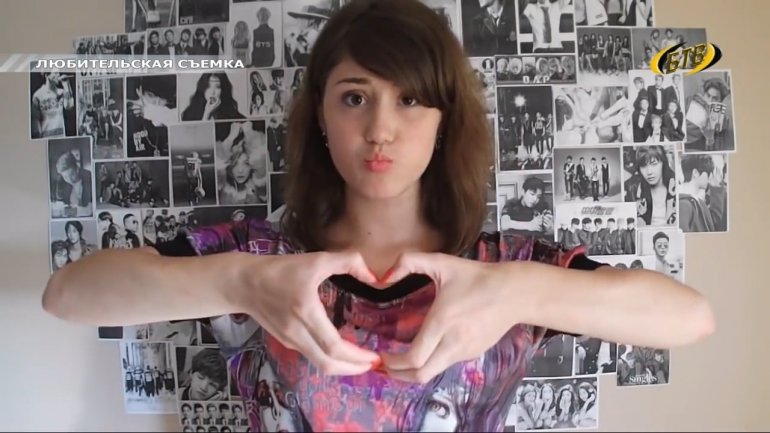 In the framework of the contest "Talk Talk Korea - 2016", in which participated approximately 30,000 participants from 150 countries, a young girl from Bender, student of the Arts College, won the first prize at the video category.

Anastasia's dream to go to South Korea became reality after she registered in this contest. Anastasia Tihonova is a student of Arts College from Bender and is passionate by the Korean culture, passion she has from the age of five and got her family and friends into it.

The contestants were invited to talk about South Korea in another form: photo, video, cartoons and post cards. The organizers wanted to emphasize the foreigners' vision on Korean culture and traditions.

Anastasia decided to make a short film about the Korean traditions in a Moldovan family, and her creativity was appreciated by the jury.

Now she wants to win the prize of the contest "K-pop Festival 2017", which is a 7-day trip to South Korea.