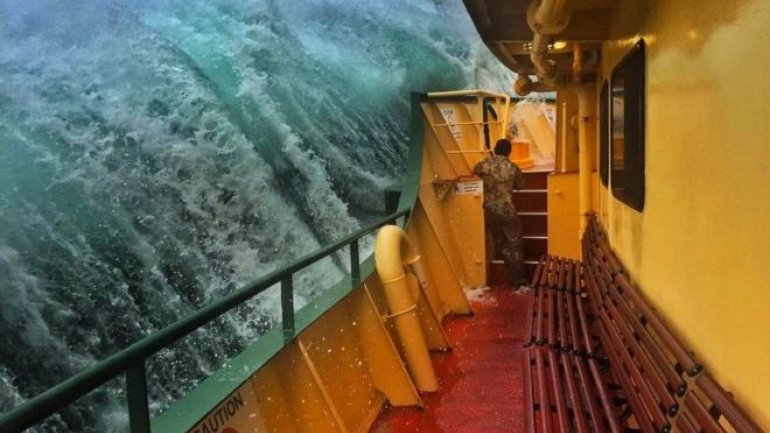 A Sydney ferry worker has captured the moment a giant wave hit his vessel, in a dramatic photograph, according to BBC.

Amateur photographer Haig Gilchrist had taken the picture as the ferry battled through a storm near Sydney Harbour.

Mr Gilchrist, who has worked as a general boat hand on the Manly Ferry for more than a decade, frequently takes photographs of his picturesque daily route and posts them online.

"East Cost (sic) Low intensifying," he wrote as a caption for the photo, using a local term for the cyclones which occur along Australia's east coast.