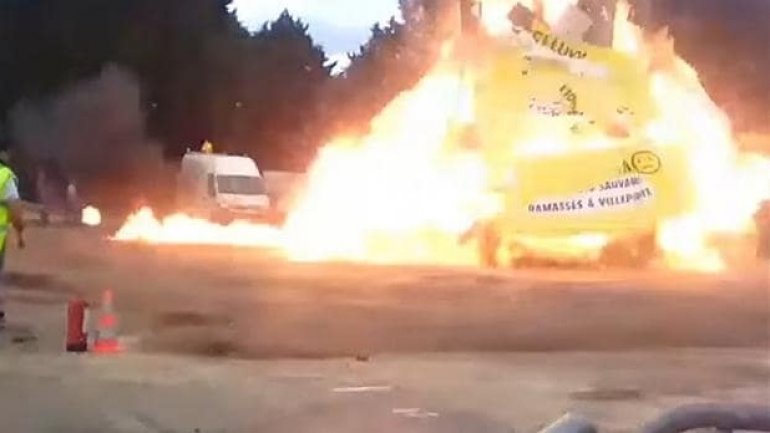 A huge explosion rocked a popular French carnival, injuring at least 18 people, according to Independent.ie.

Onlookers were hit by chunks of burning wood and other debris after the fireball erupted from the guy-style figure known as Mr Carnival which was made of straw and wood.

"Many are injured in the face, and all are in hospital," said Nathalie Crespin, a spokeswoman for the Paris fire brigade, adding that five were "in a very bad way."

Around 1,000 children were taking part in the Paris event, near the Charles de Gaulle airport.
Local authorities have described the incident in Villepinte as "accidental" and not a terrorist attack.

At least four people - including one child - were seriously injured in the blast.
It is understood that the explosion occurred when a scarecrow made of wood and straw was set alight on a bonfire during a Caribbean dance event.

Dramatic footage was posted to social media of the incident in Villepinte, a town north of Paris.

One eyewitness told Le Parisien that the person who lit the fire was projects several meters into the air.

Another said that they had seen a child "screaming and covered in blood."

They said that "to begin with, everyone thought the explosion was planned, then we realised something had gone terribly wrong."