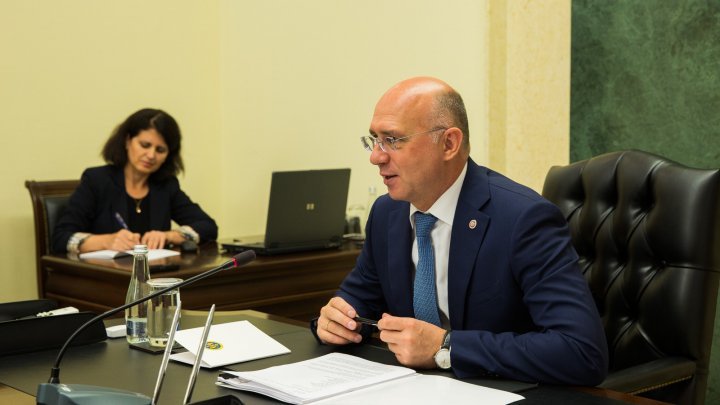 Draft law on pay system in budgetary sector has been examined at a meeting chaired by Prime Minister Pavel Filip. The document was drafted by the Ministry of Finance, with the participation of local and international experts, as well as specialists from budgetary authorities and institutions.

The Concept on the pay system approved by the Government on 28 July 2017 was laid down at the basis of the project.

Prime Minister Pavel Filip mentioned that the reform of the wage system in the budgetary sector is complex as reform of the pension system, but necessary.

"Its implementation will bring more clarity and equity into the system, ensuring a correct approach between those who have a lower salary position and those who are in a higher position," said Pavel Filip.

The current wage legislation has become cumbersome and non-transparent due to multiple wages and salary supplements.

The draft law on the pay system in the budgetary sector does not provide for the amount of salaries. It is to be calculated annually on the basis of the minimum wage set at the beginning of the year in the budget law.

According to the project, the new pay system will represent a unique 15-degree grid and 130 pay classes. The basic salary will be the main element of employee pay, with most of the bonuses being incorporated into it.

The transition to the pay system in the budgetary system will reduce the number of normative acts that set the wage conditions based on a single law. This will ensure a transparent, fair, simple and manageable payroll system that will pay employee performance.

Prime Minister Pavel Filip has called for the draft law to be finalized in a short time, after which it should be proposed for public consultations.