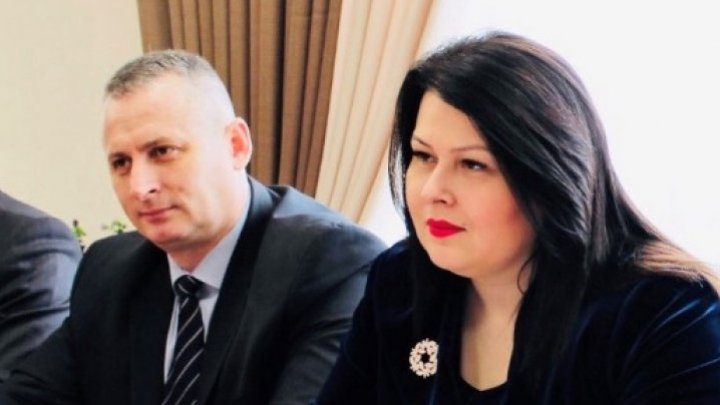 Deputy Prime Minister (DPM) for Reintegration, Cristina Lesnic, had the first meeting this year with the Head of the OSCE Mission to Moldova, Claus Neukirch.

Representatives of the Reintegration Policy Bureau as well as the Ministry of Foreign Affairs and European Integration attended the meeting.

The officials' dialogue focused on a number of current issues related to the Transnistrian issue as well as the need to ensure the sustainability of the dialogue within the sectoral working groups and the negotiation format "1 + 1" in order to solve the existing problems.

Among the topics of discussion were the organization of the telecommunication interaction, the activity of teaching schools in Romanian in the Transnistrian region, the situation related to the import of drugs in the districts of Transnistria east of the country, etc.

DPM Cristina Lesnic informed that Chisinau proposed to convene on March 18th a new meeting of working groups for the development of road transport and road infrastructure to analyze the dynamics and situation regarding the documentation and registration of cars with neutral numbers for 6 months.

She also emphasized relying on the support of the OSCE Mission for the finalization of the technical expertise and the renovation of the bridge infrastructure between the villages of Gura Bâcului and Baciuc, as well as for solving some pressing problems facing the inhabitants on both banks of the Dniester.

Moreover, officials mentioned about the recent provocative actions of Tiraspol (the signing of the so-called acts referring to Varnita village and the settlements in Dubasari district, located on the left bank of the Dniester, the opening of the Moscow "representation").

The officials expressed repeatedly the message that the Moldovan side relies on the annulment of the so-called documents of October 19, 2018 and January 25, 2019, the clarification of the status of the alleged representation of Tiraspol, the abandonment of the unilateral measures that violate the fundamental rights of the citizens, hoping that the OSCE Mission will make a productive contribution to this.