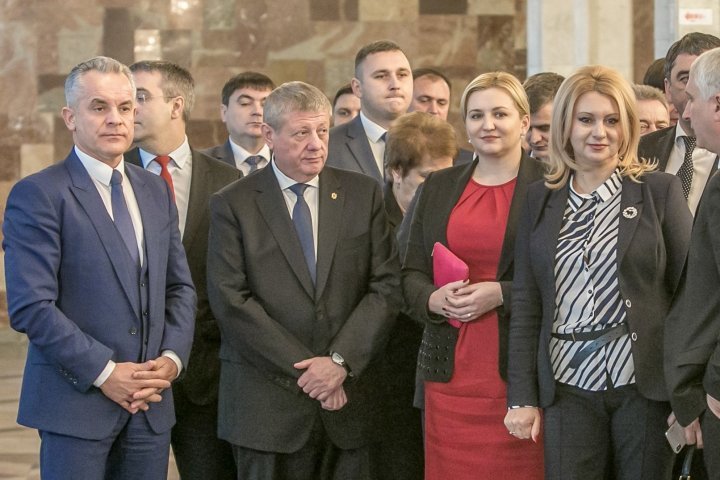 The Political Council of the Democratic Party held a meeting on Wednesday morning to discuss the about the candidates who will run for the parliamentary elections that will take place on February 24.

DPM list has 53 names. The candidates have been discussed with the territorial organizations and then, they have been voted by the members of CPN.

The National Political Council expressed confidence in the elected candidates and in their capacity to represent citizens. At the same time, the CPN asked all organizations and all members of the DPM to fully support the party's candidates and mobilize to the full for the next electoral campaign

Then, Vlad Plahotniuc, DPM chairman and all the candidates have been to the Republic Palace and have personally submitted their declaration of consent to run for parliamentary elections.

"In a short period, the Democratic Party has many achievements. We indexed the pensions, the salaries and the social allowances, we repaired hospitals and over 1600 kilometers of road, we launched First House project. This is why, we are sure that the Moldovans expect stability in the next years. The other parities want the power for stealing people's money. This is why people will vote with DPM", said Vlad Plahotniuc, the DPM chairman.