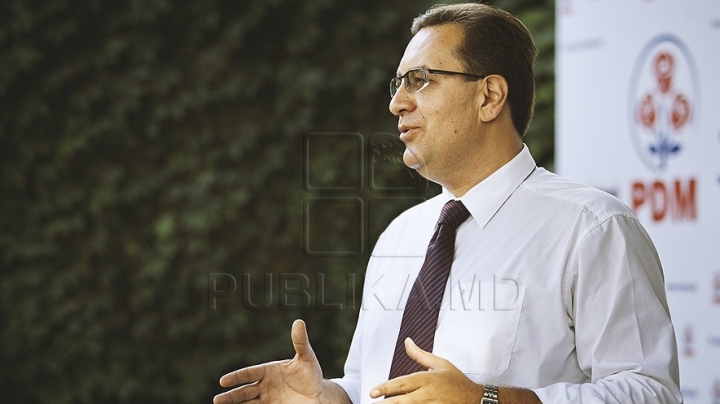 Young people should get involved more actively and in a bigger number in the decision-making process in politics. This is the advice of the DP leader, Marian Lupu towards the youngsters from Soroca. The president of the Democrats advised them to come with new ideas, for which they will be promoted.

The discussions took place in the framework of the campaign “Reform in the Moldovan politics” started by DP, which reached Soroca.

The reform of the political class was broadly discussed by the DP leader, Marian Lupu, and hundreds of youngsters from Soroca, who demonstrated that they have will to get involved in order to change the things in the country for the better. They have complained that they are not motivated enough for the work done.

“When the electoral lists are coming, when the power is won, the youngsters involved in politics, here I mention youngsters, are marginalized for unknown reason” mentioned the district counsellor Radu Sarbu.

The democrats proposed to motivate the ones who want to get involved in the revival of the political class. Marian Lupu announced that at the next congress of the party, in the status will be established a mandatory quota of promotion of youngsters on electoral lists.

“We do not have enough youngsters interested and actively participating in politics. It came the time to stress out the insurance of the participation of youngsters on election lists for local councils, district councils and for parliamentary lists. To introduce a mandatory norm of at least 25-30% on all these lists” declared DP president, Marian Lupu.

The rectification of the political class in Chisinau is also supported by analysts. They are stressing out the fact that many of those occupying the places of the committed politicians are not always new on political arena.

“But who comes in exchange? Those who say that they are new? They are old, recycled, made to take the place of the old politicians” mentioned the political analyst, Corneliu Ciurea.

In another context, Marian Lupu did not exclude that DP will come to the idea of implementing the mixed electoral system, so that 50 of the deputies to be chosen based on uninominal vote, and 51- on party lists.

At the end of the visit, the DP leader went to Soroca fortress, recently renovated. The democrat was interested in the history of the construction.

Afterwards, Marian Lupu visited the museum “Thanksgiving Candle” in SOroca, where he discussed with a group of students and a team of judoka players.