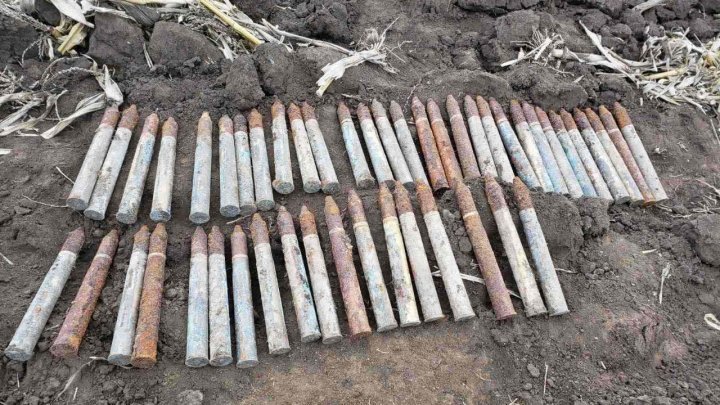 A number of Second World War explosives have been detected in a forest in Causeni district. Explosive projects were found by a group of people while they were carrying out archaeological excavations.

The police said they received a phone call by a resident from Căuşeni city who represents the Military-Historical Association "DOT".

He and other volunteers from Căuşeni were carrying out archaeological excavations in the outskirts of the village of Plop-Ştiubeni while they found a projectile left during World War II.

The GENIU special team of the Ministry of Defense moved to the scene immediately and detected 48 45 mm anti-tank projectile, 50 mines for mine throwers, 2 anti-tank mines, 3 hand grenades.