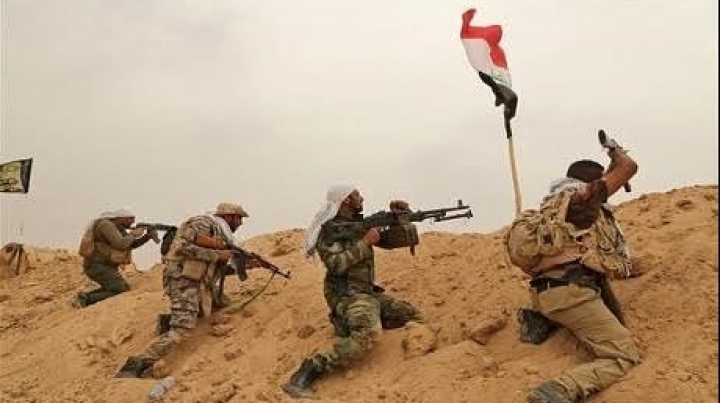 US-led coalition strikes supporting Iraqi forces in the push to recapture Falluja have killed 70 Islamic State militants including the group’s commander in the city, according to the US military.

Maher al-Bilawi, commander of Islamic State fighters in Falluja, was killed on Wednesday, said Colonel Steve Warren, a spokesman for the US-led military campaign against Isis.

Warren said the coalition had carried out 20 strikes in support of the campaign over the past four days.

Meanwhile, a Shia militia leader said the final battle to recapture the Islamic State stronghold near Baghdad will start in “days, not weeks”, as new reports emerged of people starving to death in the besieged Sunni city.