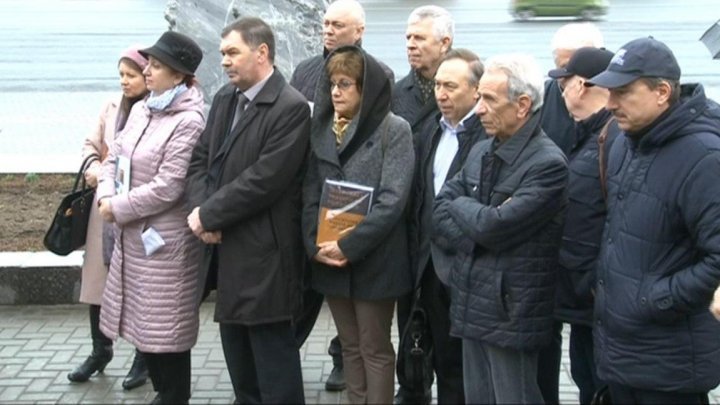 Dozens of employees of the History Institute protested peacefully in front of the Government today as they have not received the salaries for two months. While the responsible yet to explain or solve out the situation, they have to borrow money to support their families and cover their expenses.

"We demand the science reform, the "anti-people" science reform, to be abolished. That reform destroys the Moldovan science. The international statistics show that Moldova ranks last in European regarding the number of researchers. What the current government is doing just worsens the situation even more. Therefore, we think this government is "anti-people"", said political analyst Anatol Ţăranu.

In order to attract the authorities, the academics rallied with books, scientific papers to prove their contribution to the Moldovan heritage.

Two days ago, the Ministry of Education issued statement saying that the institution was aware of the situation but there were no concerns and that the problem would be solved soon.

Publika recalls that over 3000 people from 51 research institutions in Moldova have not received their salaries for two months.