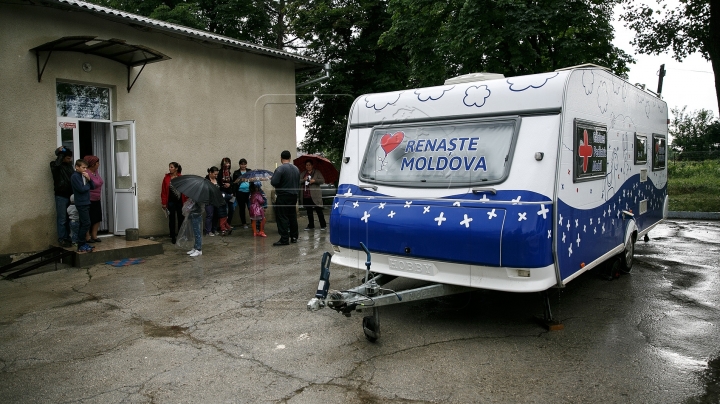 The children from Ciocalteni village, Orhei district, have been checked for free by pediatricians, as part of ‘Moldova’s Rebirth’ campaign launched and unfolded by the Edelweiss Foundation.

The physicians went to the village with a mobile office endowed with modern equipment.

There is no echography device in the medical center of the village. Lacking money and because of the big distance to Orhei, some mothers take their kids to doctors rarely, if at all.

Parents and the elderly welcomed the physicians’ advice. The doctors say no severe illnesses have been discovered in the village.

The mobile pediatrics office has passed through 11 Moldovan districts providing consulting to over 2.000 children. The doctors have planned to go to the villages from the districts of Telenești, Șoldănești and Florești.