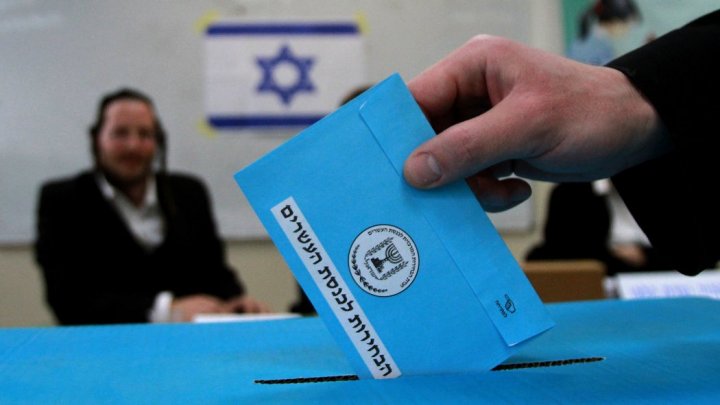 The Likud party spent hundreds of thousands of shekels to provide its  observers in polling stations in Arab communities 1,200 hidden cameras. The police confiscated Tuesday dozens of these cameras, while Prime Minister Benjamin Netanyahu said there should be cameras everywhere in order to ensure a "kosher" voting process.

Once the polls close, cameras could be activated to document the vote count, Melcer said, however, those participating in the count must be informed they are filmed. Melcer added that the cameras found and confiscated by the police will be returned to their owners but that voters will not be filmed casting their ballots under any circumstance.

The Hadash-Ta’al slate filed an urgent complaint to the Central Elections Committee, demanding to immediately remove the cameras illegally installed by right-wing activists in polling stations in Arab communities.A right-wing source told Haaretz that "the move was aimed to preserve the purity of the election and to assure that [Arab slate] Ra'am-Balad won’t pass the electoral threshold through falsifications."

Election committee's legal counsel said that polling officials are not allowed to film voters arriving at the polling stations nor the voting process. According to the legal advisor, filming is allowed only in special cases in order to report an unusual event. In case the election process is filmed, the police or the committee representatives must be informed, they counsel said.

A senior police official said that at this point, there is no suspicion that a criminal offense was committed, adding that the activists caught with hidden cameras were outside the polling stations not inside them. The police are currently waiting for the Central Elections Committee's decision to determine whether the installment of the camera is an obstruction of the voting process.

MK Jamal Zahalka of the Arab Balad-United Arab List party, filed an urgent complaint on behalf of his slate to the election committee to issue an order against the Likud Party and other right-wing parties for obstructing the election process in Arab communities.

"This is an illegal move meant to scare off the [Arab] voters and deter them from exercising their basic right," Zahalka wrote in his petition.

Balad-United Arab List said: "we will not surrender to the intimidation and de-legitimization attempts. We will sit in the next Knesset and represent our public even if Likud and the right don't want us there. We draw our legitimization from our electorate and from Netanyahu."

Hadash-Ta’al party said in statement: "The radical right fully understands the power we have to overthrow those in power, and they cross every red line through illegal measures in an attempt to intervene [in the election] and prevent the Arab citizens from voting. But we also understand the power we have, and today we are going out to vote and nothing will stop us."

Earlier, Hadash-Ta’al banners hanging near Nazareth were vandalized with Hebrew graffiti saying “death to the Arabs" on it.