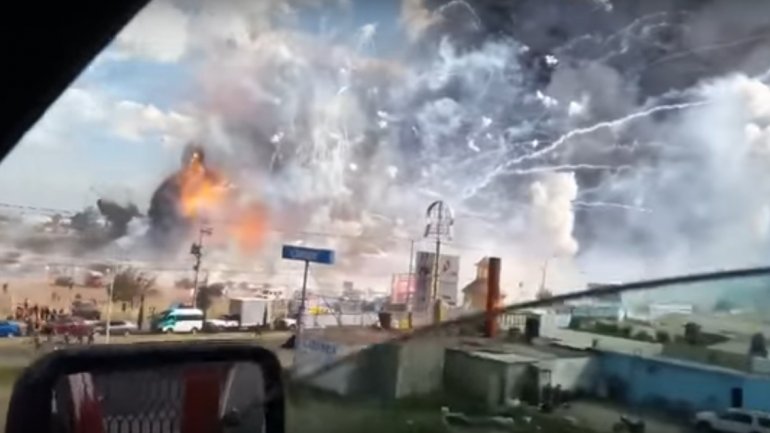 An explosion at a fireworks market outside Mexico City has killed at least 29 people, officials say, according to BBC.

Dozens of other people were injured as the blast hit the San Pablito fireworks market, about 20 miles (32km) outside the city.

Video from the scene showed a large number of fireworks rocketing into the air as they caught fire.

Dozens of paramedics and police attended the scene. The cause of the explosions is not yet known.

Locals have been told to avoid the area and keep roads clear.

Officials said a number of children were among those who were badly burned, on up to 90% of their bodies.

Fireworks continued to explode after the initial blast, as smoke billowed from the area in thick black clouds.

Photos from police and medical personnel at the scene showed several injured people among the destroyed market stalls, with brick buildings scorched by the heat.