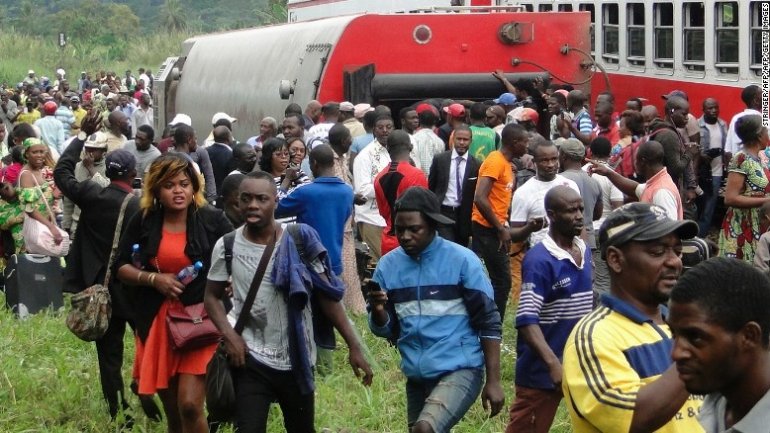 About 70 people are dead and 300 others injured after an overloaded train derailed in central Cameroon, CNN reports.

The train was carrying more passengers than usual when it derailed in Eseka on Friday, according to Edgar Alain Mebe Ngo'o, the transport minister.

A bridge had collapsed over a nearby highway, forcing more people to seek rail transport. The cause of the deadly derailment was not immediately known.

The 20-wagon train started having problems about three miles after leaving the Eseka station.

An investigation is underway to determine the cause of the derailment, the President's office said in a statement on Facebook.

President Paul Biya expressed heartfelt condolences to the families of those affected.