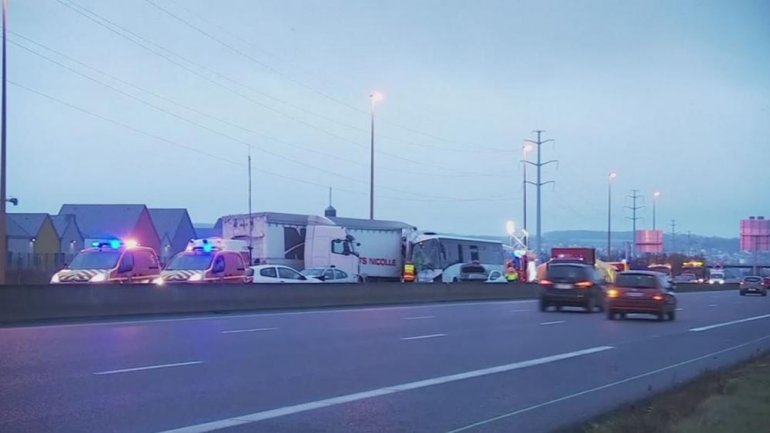 A motorway pile-up in France has left at 65 people injured, five of them in a serious condition, according to euronews.com.

It happened early on Monday morning on the A13 motorway in the Yvelines region, near Paris.

Two buses, an articulated lorry and four cars were involved in the crash at around 5 am.

Dozens of firefighters and medical teams rushed to the scene, evacuating the injured to hospital.