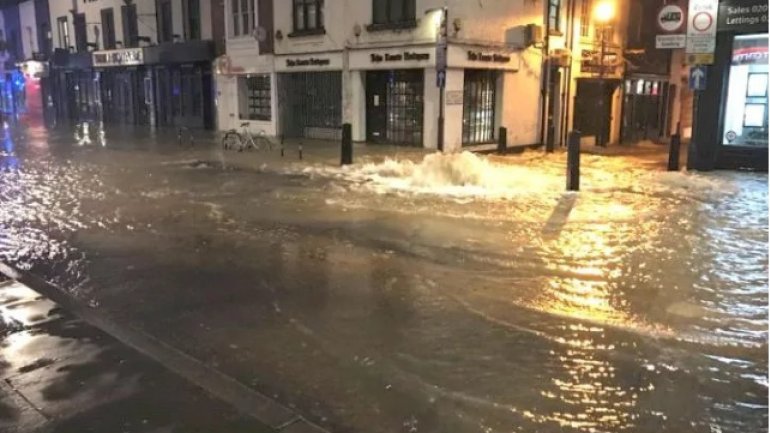 More than 100 people were evacuated from an affluent area of north London after a burst water main caused severe flooding, the Telegraph reports.

The neighbourhood of Islington - home to Boris Johnson, the Foreign Secretary - suffered widespread damage, with trees uprooted by water that left a sodden mass of mud and debris.

Six fire engines and three fire units from neighbouring boroughs were called to Upper Street at 5am after Carl Hufton, a pub owner, spotted the burst pipe while waiting for deliveries.

Thousands of gallons of water gushed into nearby properties, breaking basement windows and causing potentially hundreds of thousands of pounds of damage.

The London Fire Brigade said that, at its peak, the water was two metres high in some basements.

Residents and shopworkers took refuge at the Steam Passage Tavern pub, which was offering soft drinks and cups of tea to those affected. Upper Street and some surrounding streets remained closed at 1pm and the fire brigade warned road users to avoid the area.

The road, which runs between Angel tube station and Islington Green has suffered major visible surface damage in photos that appeared on social media.