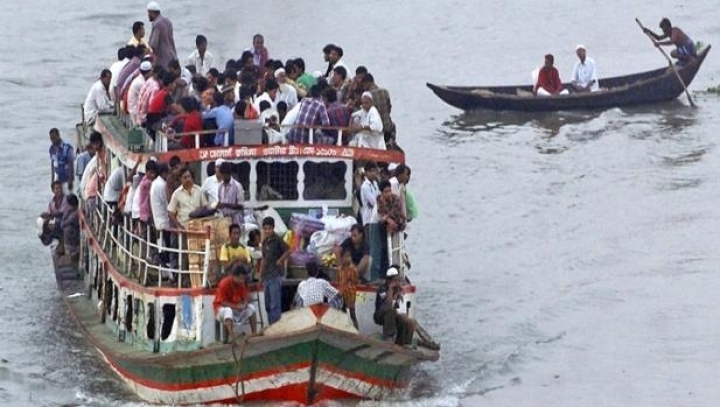 Dozens of people were missing after an overcrowded ferry sank on a river in Bangladesh on Wednesday, and a police official said the bodies of two women had been recovered with the search for survivors still underway.

Low-lying Bangladesh, with extensive inland waterways and slack safety standards, has an appalling record of ferry accidents, with casualties sometimes running into the hundreds.

The river bank collapsed and a huge slab of mud fell on the ferry while it was anchored alongside, Ziaul Hasan, a police official in the southern district of Barisal, told Reuters.

"About 35 people are missing. The search operation is underway," he said, adding that the bodies of two women had been found.

Overcrowding is a common factor in many of the accidents and each time there is an accident the government vows to toughen regulations, Reuters reports.