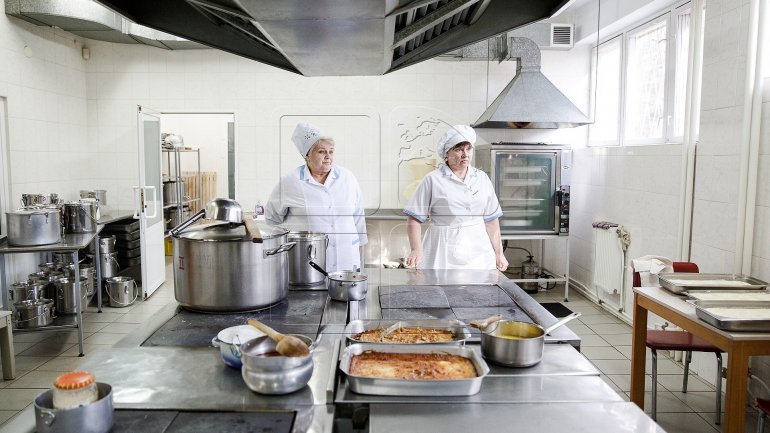 The entire administration of the Chisinau Education Department will be removed. The same will happen with the heads of the sector departments. The announcement was made by the mayor Dorin Chirtoaca, after the committee investigating the way the altered food got into the education institutions presented its report. The reports also shows that the same products were sold to Chisinau kindergartens at various prices, and in some cases the difference was up to 50% higher.

"Many civil servants have rigged tenders favoring certain economic agents. In some sectors already for many years the same economic agents are participating and winning. One product at the same economic agent has different prices from one sector to another. If you pay attention, in Center sector the sour cream is purchased at 22.42 lei, in Buiucani 46.43 lei. Butter - the difference in price of 26 lei, Ciocana - 72, Buiucani 99 lei" said head of the Health Department Mihai Moldovanu.

Moldovanu also claims that some of the heads of departments in the sector knew about these irregularities and insisted that managers of kindergartens to buy altered or expired products. Some managers admitted that they received spoiled food, but have not filed complaints, but simply have returned them. According to mayor Dorin Chirtoaca, the data show that both the economic agents and officials had commissions from auctions.

"The administration of Education Departments will be replaced en masse. Sector departments and the General Department. Let's see if an exception can be given taking into account a special situation, maybe a little better in a particular sector. I am 99.9 percent sure that it will happen to all of them. And the institution managers accepted altered products, respectively, have not stopped the process, and they will respond in the same way as heads of direction" Chirtoaca said.

The sector mayors and deputy mayors, who did not take steps to prevent such situations, will be also disciplined. However, at the City Hall meeting was announced that one of the economic agents involved in the scandal food won a tender on delivery of products at a kindergarten in Botanica. The result of this was canceled and agent disputed this.

The representatives of National Food Safety Agency came up with a series of proposals for improving the procurement process.

"The intermediary to be removed from the food chain. Or we make contracts with local producers and importers firsthand, or deliver these products through factories. Because today there is no centralized purchasing and centralized delivery" said Roman Vengher, head of Chisinau municipal department for food safety.

Currently 90 percent of products arriving in educational institutions are delivered by intermediary companies, the activity of which is difficult to monitor. National Food Safety Agency has proposed to amend the public procurement law, so that in case of irregularities to be suspended the contract with the trader who delivers the food. Similarly, was proposed the development of a mechanism that would allow unannounced checks in food field and appliance of sanctions.