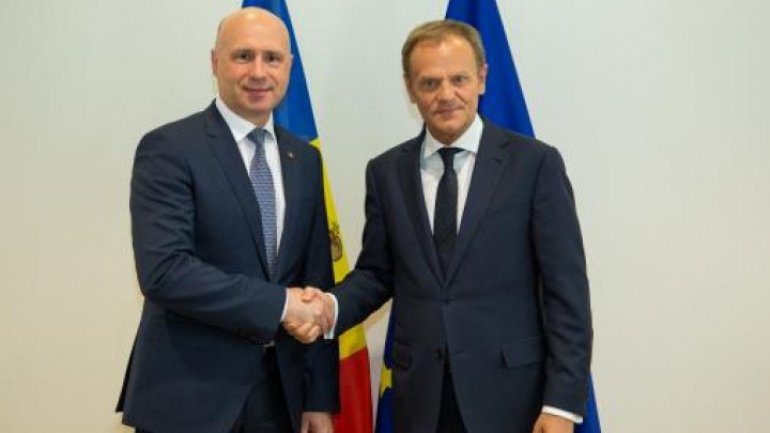 Moldova remains a key issue on the European Union’s agenda, despite the problems Brussels copes with. The statement was made by Prime Minister Pavel Filip after meeting with the president of the European Council, Donald Tusk. Filip said he received encouragements from European officials, who found the reform brought good results in Moldova.

"I have got a very clear message from President Tusk, the European Union’s support for Moldova is there. He salutes the reform we have started and the EU will further be with us. We have already received an evaluation from the EU, which will speed up the Government’s working in 2017 and in 2018," Pavel Filip stated.

Donald Tusk greeted the recorded results and the Moldovan authorities’ determination to persevere in strengthening democracy and the rule of law, a key element in insuring the accomplishment of Moldova’s European integration objectives.

"You have my personal and the EU’s support in advancing the reforms to the benefit of the Moldovan citizens," Donald Tusk stated.

Tomorrow, Pavel Filip will present the progress report at the reunion of the Moldova-EU Association Council and will meet with the commissioners Johannes Hahn and Federica Mogherini, and with NATO secretary general Jens Stoltenberg.