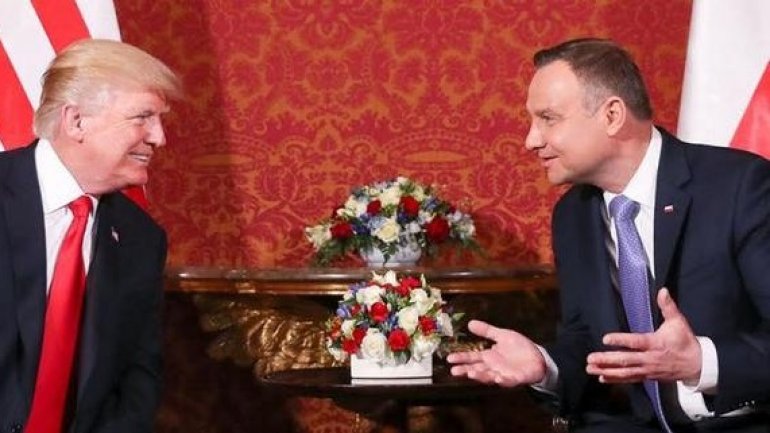 U.S. President Donald Trump said in Warsaw on July 6 that the United States is "committed to maintaining peace and security in Central Europe" and is "working with Poland in response to Russia's actions and destabilizing behavior."

Speaking after meeting with Polish President Andrzej Duda, Trump said: "Our strong alliance with NATO and Poland remains critical to deterring conflict and ensuring that war between great powers never again ravages Europe and that the world will be a safer and better place."

Poland’s proximity to Russia has heightened its concerns about Moscow’s intentions in the region, especially after Russia’s illegal annexation of Ukraine’s Crimea region, its support of separatists in eastern Ukraine, and its alleged interference in elections in the United States and some of its European allies.

Trump's remarks came shortly before he was scheduled to meet leaders of Central and Eastern European states and make a televised speech to the people of Poland.

Later on July 6, Trump was due to travel to Hamburg, Germany, for the Group of 20 summit and a July 7 meeting with Russian President Vladimir Putin.