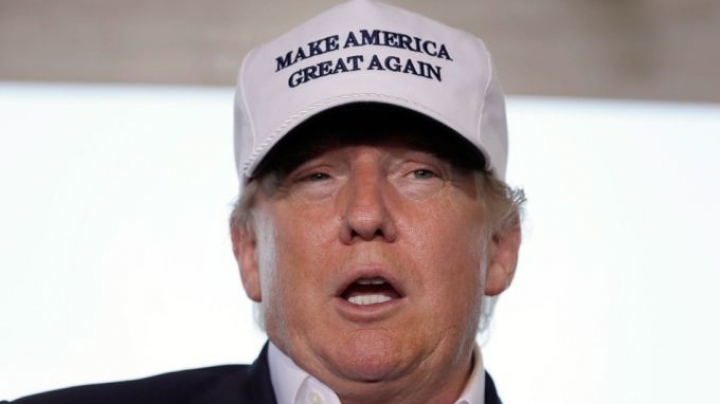 Four years ago, at a charity fundraiser in Palm Beach, Donald Trump got into a bidding war at the evening's live auction. The items up for sale: A Denver Broncos helmet, autographed by then-star quarterback Tim Tebow, and a Tebow jersey.

According to The Washington Post, Trump won, eventually, with a bid of $12,000. Afterward, he posed with the helmet. His purchase made gossip-column news: a flourish of generosity, by a mogul with money to burn. "The Donald giveth, and The Donald payeth," wrote the Palm Beach Daily News. "Blessed be the name of The Donald."

But Trump didn't actually pay with his own money.

Instead, the Susan G. Komen organization - the breast-cancer nonprofit that hosted the party - got a $12,000 payment from another nonprofit , the Donald J. Trump Foundation.

Trump himself sent no money (In fact, a Komen spokesperson said, Trump has never given a personal gift of cash to the Komen organization). He paid the bill with money from a charity he founded in 1987, but which is largely stocked with other people's money. Trump is the foundation's president. But, at the time of the auction, Trump had given none of his own money to the foundation for three years running.

The Washington Post discovered this unusual payment - a charity apparently buying sports memorabilia for a super-wealthy man - this week, during a review of Trump's charitable giving.

Afterward, three experts on tax law questioned whether Trump had violated IRS rules against "self-dealing" - which are designed to keep nonprofit officials from using their charities to help themselves.

Those rules ban the "furnishing of goods" by private foundations - like Trump's - to their own officers. If the rule is broken, the person who breaks it must notify the IRS, and may have to pay a tax penalty. There could also be penalties for signing a tax return that failed to mention the violation. In 2012, the tax return for Trump's foundation checked the boxes for "no," it did not break the self-dealing rule.

The answer may depend on what became of the helmet and jersey.

If they are still in Trump's possession -- perhaps on display at one of his homes or properties -- that might be deemed improper, if the IRS ever looks.

"That would be a classic violation of the prohibition on a charity being operated for the private inurement (benefit) of the charity's creator," wrote Brett G. Kappel, an expert on tax-exempt organizations at the Akerman law firm in Washington. The Trump Foundation does not appear to have offices of its own: it is headquartered at Trump's business offices in New York, and has no full-time staff.

The best case for Trump, experts said, would be if he had given the helmet and jersey away to another charity, perhaps to be auctioned off at another fundraiser.

"If...the foundation paid for it, and they owned the helmet, and the helmet was given to someone as a charitable activity," that would be enough, said John Edie, now retired, who was the longtime general counsel at the Council on Foundations.

Edie said Trump could not get off the hook by simply giving the memorabilia to a friend.

"Spending $12,000 for a helmet and then giving it to a golfing buddy is not" charity, Edie said.

Trump's campaign did not respond to requests for comment.