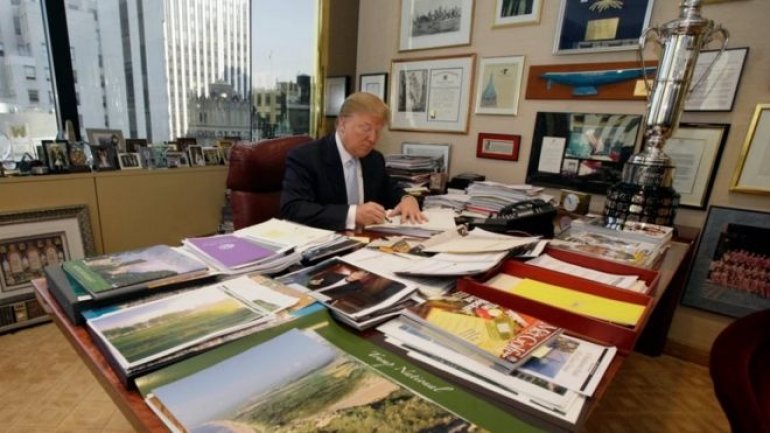 President-elect Donald Trump has announced he is leaving "business in total" to focus on the presidency and avoid perceived conflicts of interest, reports BBC.

Mr Trump said he would be expanding on his plans at a press conference with his children next month.

He previously dismissed concerns over potential conflicts between his businesses and the presidency.

Mr Trump and his transition team have yet to confirm the appointments.

Instead, Mr Trump chose to focus on his plans to distance himself from his business in a series of four tweets released over 20 minutes.

The tweets read: "I will be holding a major news conference in New York City with my children on December 15 to discuss the fact that I will be leaving my great business in total in order to fully focus on running the country in order to MAKE AMERICA GREAT AGAIN!

"While I am not mandated to do this under the law, I feel it is visually important, as President, to in no way have a conflict of interest with my various businesses.

"Hence, legal documents are being crafted which take me completely out of business operations. The Presidency is a far more important task!"

There is no legal requirement to liquidate assets but past US presidents have set aside their business dealings. Mr Trump's rivals have raised repeated concerns this may cause problems in the coming months.

Mr Trump, who takes office on 20 January, had previously indicated to the New York Times that he was considering separating his two areas of responsibility but was confident he could run both "perfectly".

His three eldest children already hold roles within the Trump empire which boasts golf clubs, office towers and other properties in several countries.

However, Reince Priebus, Trump's incoming White House chief of staff, refused to say on MSNBC's Morning Joe whether he was handing the business to his children or putting it into a blind trust, which would place the management of his assets in the hands of other experts.

"I'm not ready to reveal that really," he said, adding Mr Trump had "got the best people in America working on it".