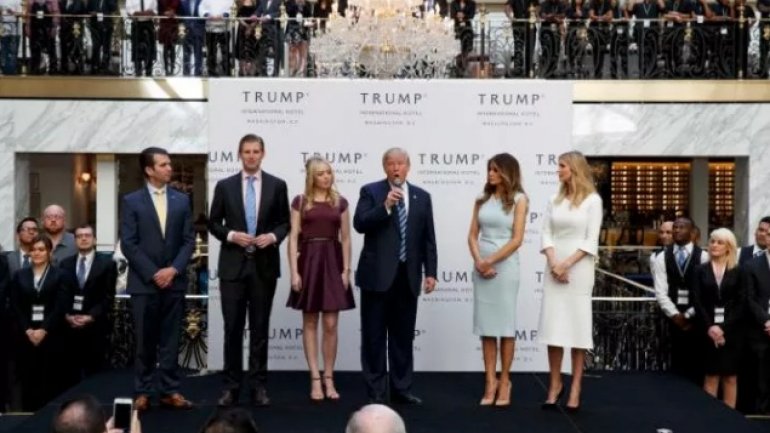 Donald Trump has insisted on his plan to leave his real-estate empire in the hands of his children, despite criticism that this would still leave him open to conflicts of interest, the Telegraph reports.
Mr Trump had promised to hold a news conference this week to explain how he planned to make good on his promise to separate himself "in total" from his business.

The tweets echoed promises made in an interview earlier this week: "My executives will run it with my children. It's a big company. It's a great company. But I'm going to have nothing to do with management," Mr Trump told Chris Wallace on Fox News Sunday.

Sean Spicer, a Trump transition team spokesman, said the legal team needs more time to work out the plan for the Trump Organisation.

Mr Trump has been reluctant to divorce himself from the businesses that have seen his name emblazoned in gold letters on buildings around the world.

He has repeatedly reminded critics that there is no legal" requirement for a commander-in-chief to give up his business interests.
AFLĂ imediat Știrile Publika.MD. Intră pe Telegram