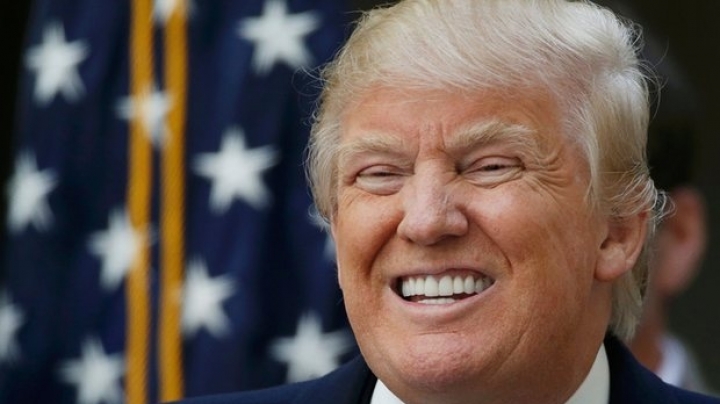 Donald Trump has been accused of a making an "assassination threat" against rival Hillary Clinton, plunging his presidential campaign into a fresh crisis, reports The Guardian.

The volatile Republican nominee was speaking at a rally in Wilmington, North Carolina, about the next president’s power to appoint supreme court justices. "Hillary wants to abolish, essentially abolish, the second amendment," said Trump, eliciting boos from the crowd. "If she gets to pick her judges, nothing you can do, folks. Although the second amendment people, maybe there is, I don’t know. But I’ll tell you what, that will be a horrible day."

The second amendment to the constitution protects the right of Americans to bear arms. Trump has accused his Democratic rival of wanting to abolish it, a charge that she denies.

His extraordinary remark on Tuesday was swiftly condemned by Democrats. Robby Mook, Clinton’s campaign manager, said: "This is simple – what Trump is saying is dangerous. A person seeking to be the president of the United States should not suggest violence in any way."

Senator Chris Murphy of Connecticut, where the Sandy Hook elementary school shooting took place in Newtown in 2012, went further in a tweet: "Don’t treat this as a political misstep. It’s an assassination threat, seriously upping the possibility of a national tragedy & crisis."

But Sessions acknowledged: "It may have been awkwardly phrased."

Trump said later in reply to Sean Hannity on Fox News that he was referring to the political movement around the Second Amendment.

Trump has been striving to show more discipline on the campaign trail after astring of gaffes in recent weeks. He remained in control in Detroit on Monday when a speech on the economy was repeatedly interrupted by protesters. But in Wilmington, he apparently could not resist going off-script.

Campaigners for gun control expressed outrage at his off-the-cuff remark. Po Murray, chair of the Newtown Action Alliance, said: "Donald Trump continues to pander to the corporate gun lobby and the gun extremists who thrive on fear and rhetoric."

The concern was echoed by Paul Begala, a former adviser to Bill Clinton in the White House. "This is not something that should be joked about," he told CNN. "I hope in the best case you could say he was joking. It didn’t seem like a joke to me. Tony Schwartz, the guy who wrote [Trump’s book] The Art of the Deal, says Trump never jokes. I fear that an unbalanced person hears that in this inflamed environment and, God forbid, thinks that was a threat. I certainly take it as a threat, I really do, and Trump needs to apologise."

Michael Hayden, former director of the CIA and National Security Agency, said:"Well, let me say, if someone had have said that outside the hall he’d be in the back of a police wagon now with the secret service questioning him."

As yet another controversy threatened to engulf him, Trump’s campaign insisted that his words had been misunderstood.

Trump has produced a shortlist of conservative justices that he hopes will appeal to the Republican base and deter those considering defecting to Clinton, who could set the court on a liberal trajectory for years to come.

He also told the rally that Clinton is "dangerous" and could destroy the country from within because of her immigration policies.