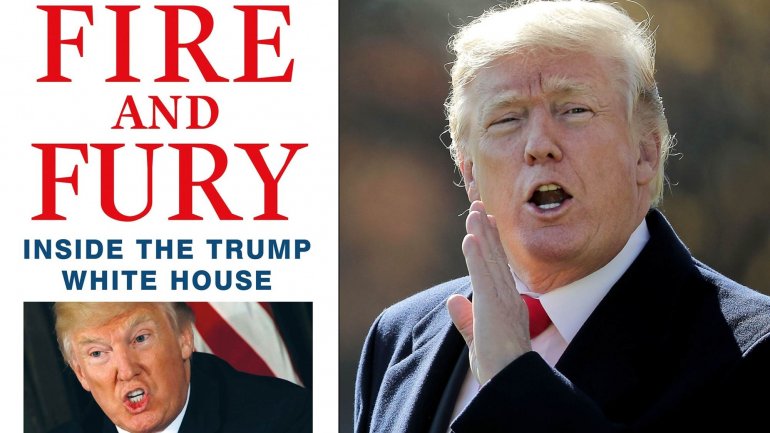 US President Donald Trump has rejected questions raised over his mental health in a bombshell book, describing himself as a "very stable genius".

Michael Wolff's book Fire and Fury: Inside the Trump White House suggests even those close to Mr Trump have questioned his capability.

The US president has dismissed the book, calling Wolff a "loser".

The row has overshadowed a key meeting of Republicans as they try to thrash out their priorities for 2018.

A retreat at Camp David will focus heavily on a strategy before crucial congressional elections in November.

Mr Trump is among those attending, but on Saturday the fallout from the book was again his focus, with the president accusing Democrats and the "fake news" media of "screaming mental stability and intelligence".

Fire and Fury went on sale early on Friday, days ahead of its scheduled release, amid the president lawyers' attempts to block its publication. It has become an instant bestseller.

It has also sparked a public rift between Mr Trump and his former aide Steve Bannon, who is quoted as accusing Mr Trump's eldest son Donald Jr of "treasonous" behaviour in meeting a group of Russians.

Mr Bannon and the author have both been the target of the president's ire over the past few days - the former cried when he lost his job last year, Mr Trump said; the latter had written a book "full of lies", he added.

On Friday, US Secretary of State Rex Tillerson told CNN that he had "no reason to question" Mr Trump's mental fitness.