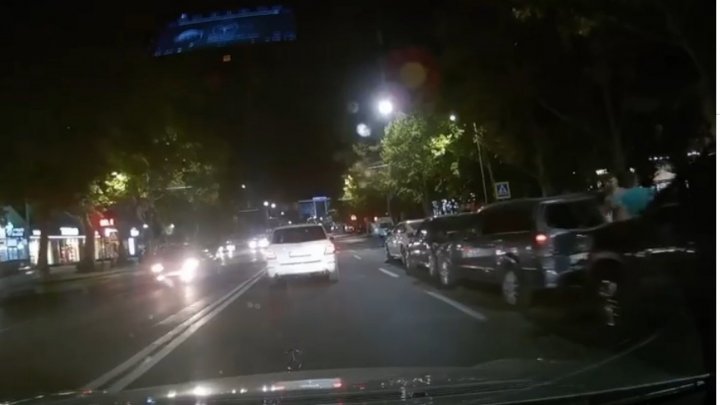 A chain accident occurred last night on Calea Ieșilor Street in Chisinau. Four cars collided near a pedestrian crossing due to the inattention of one of the drivers.

The images on the scene were posted on a Facebook group.

Witnesses said that the first three cars involved were parked regularly near the pedestrian crossing. The fourth car, Dacia Duster failed to brake in time and hit the last car from behind.

Following the blow, out of inertia, all the other cars collided with each other, as in the domino effect