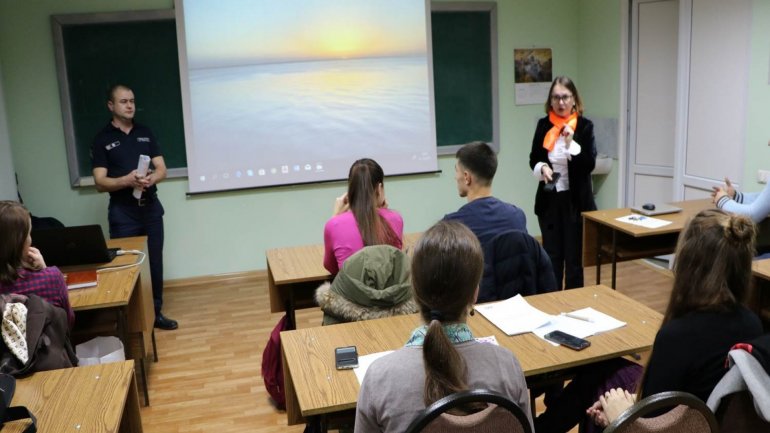 For the 16 Days of Activism Against Gender-Based Violence world campaign, officers from Chisinau Police Directorate, along with employees from Directorate of  Law on Ensuring the Equality between Women and Men, of the Ministry of Health, Labor and Social Welfare, in partnership with OSCE, have held public lessons with students from Free International University of Moldova, Moldova State University and Technical University of Moldova. The main aim was to raise awareness regarding the issue of domestic violence.

Therefore, the lessons informed young people of the existing law regarding domestic violence, state's assistance for victims, the role of law enforcement in solving such cases, as well as the punishment the aggressor might receive from committing such act.

Students were also informed of statistics regarding crimes committed among family members, as well as the legal measures to protect victims, which can be applied against aggressors form family.

Read also: 16 days of Activism Against Gender - Based Violence world campaign set off in Parliament