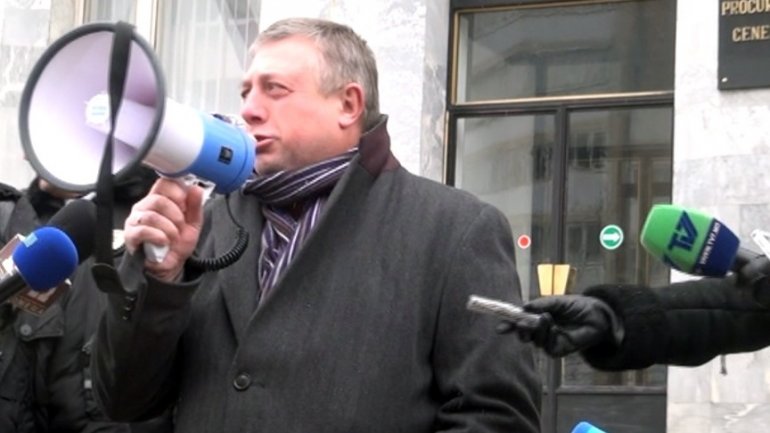 The number of so-call analysts, experts, commentators, observers, supervisors and kin races has surged in Moldova lately, as some media “grab” anything “new on the market”, although they say what everybody knows, perhaps, a little bit differently in order to make a title to sell it better.

Sometimes, some younger journalists simply do not know who actually are some these ”super-heroes” who got out to fight the system, without weapons. In some cases, or may in most of them, some media, which are controlled or paid by certain groups of political, mafia or business interests, don’t get tired quoting the same ”independent experts”, who are paid from the same wallets.

However, suffice it to scratch the cover a little bit, you can see who actually is under it. A clear example in this respect is the so-called expert, diplomat, political analyst, civic activist, political supporter, party member and other titles Alexei Tulbure boasts with and who is quoted as the weather bulletin by some televisions and print media. However, nobody seems to remember how many party he swapped, how many time he got himself compromised and how he has changed his opinions in function of “the wind.”

Now Alexei Tulbure appears as an ”expert” against the pro-European government, although a year  ago, at Jurnal TV, he vehemently supported the Dignity and Truth Platform pro-European, anti-Communist and even pro-Romania. Before that, he had actively participated in the so-called social marches of the Communists Party, after lingering for a while with the democratic Party, which then was in Government. But, there are people remembering Alexei Tulbure as one of the most controversial and questionable ”diplomats” created by the Communists Party, who almost unleashed a diplomatic war with Romania.

In 2003, as Moldova’s representative at the Council of Europe, Alexei Tulbure simply blew up the European community by virulent attacks against Romania. Under the pretext of defending ”the Moldovan identity”, the Romanian state allegedly would get at, Tulbure was accusing Bucharest of attacking ”the existence of the Moldovan State”, etc. Now we can better judge how well-argued his statements were then, since Moldova does exist 13 years later and is to the same degree independent as it was, and if there are still dangers they are not posed by Romania. "His speech at the sitting of the Ministers Committee of the CoE stirred a real diplomatic scandal. According to his innuendos, made in an aggressive tone, Romania was accused of undermining Moldova’s sovereignty. Tulbure referred to Romania’s supporting the study of the Romanian language and of Romania’s history in Moldovan schools, thus promoting xenophobia and anti-Semitism," read then a commentary posted on the site ADEPT.

Some time later, Tulbure, was founding, together with the “shadow” man of Vladimir Voronin – Mark Tkaciuk --, the High Anthropological School. In addition to the notoriety of that school and all the suspicions of corruption concerning its being set up and getting its premises, it’s interesting to notice that the ”pro-Moldovan” Tulbure accepted to found an education institution where Romanian (or Moldovan as he likes to cal it) was practically ousted. ”In the anti-chamber of this university we were briefed all the groups studied in Russian only and anyone willing to study at this higher education institution from Moldova must command Russian well,” Ziarul de Gardă wrote in 2005.

Tulbure continued his ”diplomatic career” at the UN whence he was called back scandalously by the same Communists because of numerous violations and gaffes. ”Alexei Tulbure, the former steady representative of Moldova at the UN, has been recalled for prejudicing the country’s image, violating the work discipline, inefficiently using public money and trying to obtain steady accreditation in the UN headquarters for a person non-citizen of Moldova, who he introduced as advisor at Moldova’s mission at the UN,” said in March 2009 the former deputy Foreign Minister Valeriu Ostalep, answering the interpellation of a law-maker, Deca-press reported.

Shortly after, Tulbure tried to find a cozy place within the PDM, whence he was chased out and tried to approach the Communists again, in opposition now, then he went to the DA Platform of the Țopa clan, etc. Now he introduces himself as an ”independent expert”, fighter with the ”oligarchic system” and corruption, after he himself was accused of corruption when he represented Moldova at the highest fora.