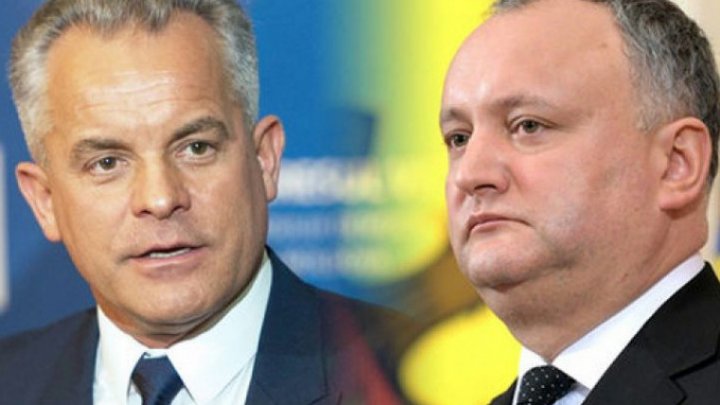 Being asked a to question regarding the reasons of the former PDM leader to give up on his mandate as MP, the President of Moldova Igor Dodon stated at a TV show that the prosecutors should decide upon the fate of Vlad Plahotniuc.

“We will not wait, we will push the prosecutors to do their job and call to account those who were involved in the theft of the billion dollars and other crimes. Probably he gave up on his mandate when he realized that it was inevitable, because the new interim General Prosecutor would have come to the Parliament to ask for lifting his parliamentary immunity. Plahotniuc decided to be pro-active to avoid this procedure,” underlined the President.

Moreover, the head of the state mentioned that Plahotniuc tried to intimidate the population, as even his announcement regarding his withdrawal as MP was full of statements about threats from Russia and the “Russian tanks”.

“Nobody in the country believes in these ‘horror stories’. We assembled a team to liberate the country from Plahotniuc. And the citizens are no longer afraid by these threats. These statements of Plahotniuc are rather messages for someone from abroad. Maybe for the United States or wherever he is”, said Dodon.

In conclusion, the President criticized the information that he is trying himself to become the “new Plahotniuc”. In his opinion, the main task of the head of the country is to ensure a good functioning of the state structures, so that the law can function. After all, the society expects for results – both from the new Government and from the law bodies.
AFLĂ imediat Știrile Publika.MD. Intră pe Telegram