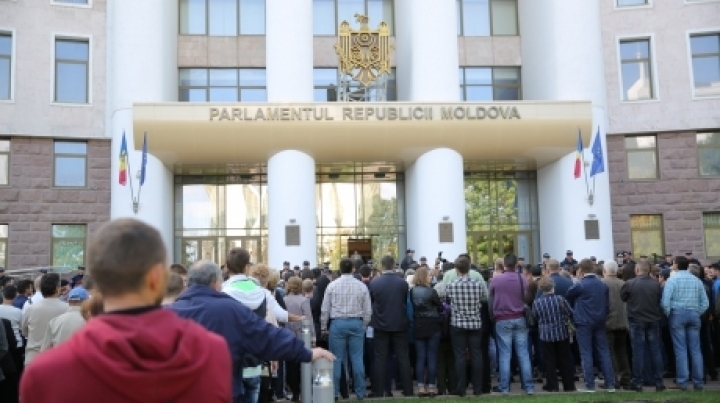 Several dozen protesters, members and supporters of the Socialist Party, "Our Party" and the "Dignity and Truth" of Topa mobsters protest in front of Parliament.

The one who claim censure motion, that failed for lack of quorum, demand the resignation of the Filip Government.

Members and supporters of Action and Solidarity Party of Maia Sandu are missing from the protest.

PUBLIKA.MD recalls that Socialists, Communists and the Liberal Democrats have tabled a motion of censure against the Filip Government. After the government assumed responsibility for the seven draft laws. Acts that aim the consolidation and cleaning of banking sector and budget.

The prime minister said earlier that the Government's accountability was an extremely important decision and the documents have been agreed with the International Monetary Fund. Otherwise, Moldova would lose three billion lei loans and grants.