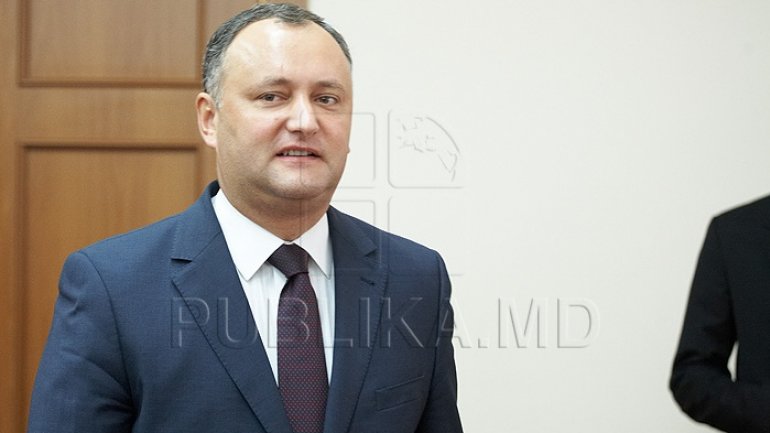 Moldovan President Igor Dodon has said he will kick off a referendum asking for the competence of dismissing the Parliament.

He says he needs that in order to unleash early parliamentary elections.

He has stated at a news conference he is aware the present Legislature cannot be dismissed under the current provisions of the Constitution, since it has a 60-seat majority.

"In short time we’ll modify the Constitution. Most probably a referendum will be held in crease the President’s power. I ask for an additional right: to dismiss the Parliament in other conditions. We’ll go for early parliamentary elections,” he said.

“For the time being, I don’t want to transform Moldova into a presidential republic.”

Under the Constitution, the President may sack the Legislature in case of inability to form the Cabinet or to pass laws three months.