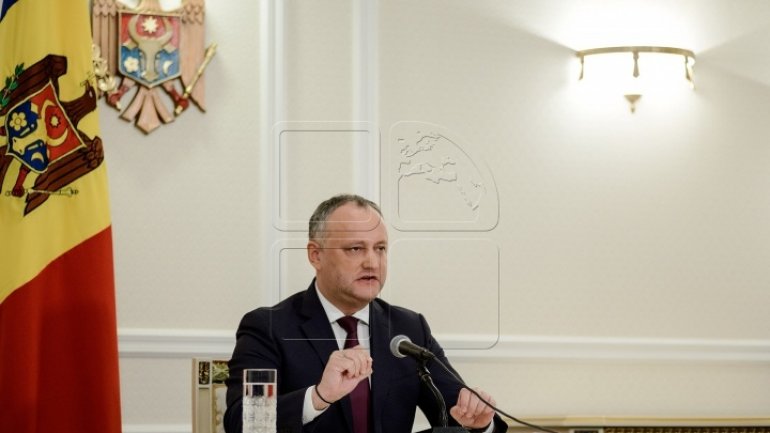 President Igor Dodon is requesting the resignation of Deputy Defense Minister, but also punishment for the 57 soldiers who went to training course in Ukraine.

Dodon said today in a press briefing that they (soldiers) had violated his order against their participation in activities in foreign country.

"I have addressed to Prime Minister today to call for initiation regarding Deputy Defense Minister 's resignation and furthermore, the demotion of army due to their violation against Supreme Commander's order", said Igor Dodon, Moldova's president.

Representatives of the Defense Ministry have not yet commented on the president's statements.

The dissatisfaction of the head of state comes after a contingent of 57 soldiers went to the "Rapid Trident 2017" training course in Ukraine, based on a Government decision.

We mention that Moldova army has joined training in Ukraine since 1996. The drill is designed to strengthen defense capabilities and promote national military images on international areas.