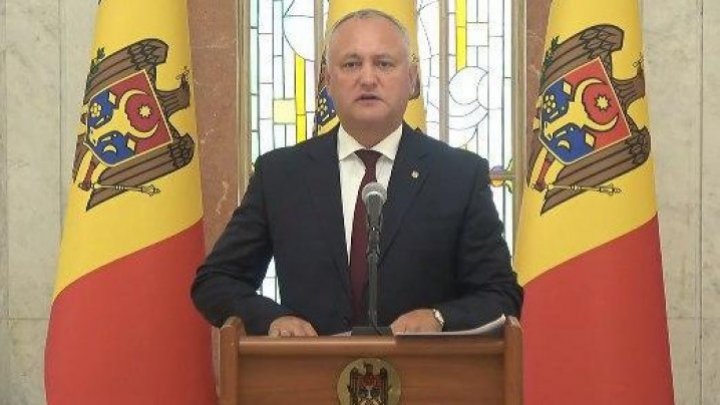 The dissolution of Parliament is a priority, no matter what happens after the presidential election, President Igor Dodon said in a special edition on Prime.

Igor Dodon suggests to the political forces in the Parliament not to exclude PSRM from any alliance for the reset of the system, as without socialists no alliance is possible in order to form a governing majority, he claims.

"From the beginning, I announced that I am in favor of dissolving this Parliament. The solution is with the socialists, without us no one can. You need at least 51 deputies. How can you train 51 deputies without PSRM? ”, Said Igor Dodon.