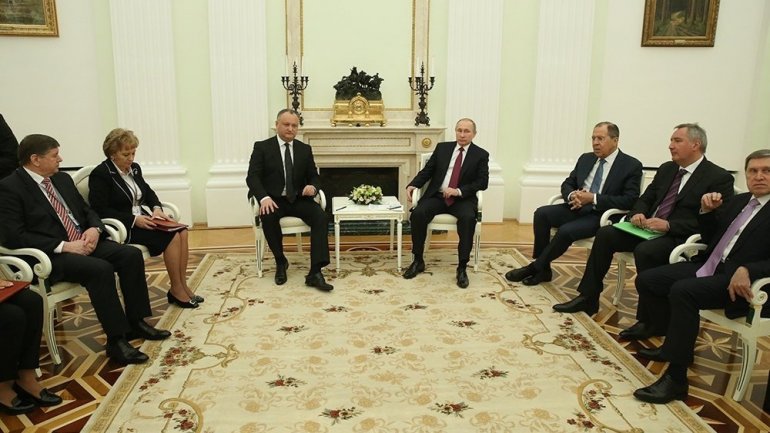 President Igor Dodon declared that if at the next parliamentary elections PSRM will obtain the majority, he will request the cancellation of the Association Agreement with the EU. The declaration was made during the press conference in which he participated together with the Russian president Vladimir Putin.

According to Dodon, the agreement signed by Moldova and the EU did not bring any use to our country. Moreover, Moldova lost the Russian market.

"I declared many times that I am against signing this Association Agreement with the EU. I believe that this agreement did not bring any benefit for Moldova. We lost the Russian market, and at the same time, the export volume on the European market dropped. We did not obtain anything. After the next parliamentary elections, PSRM will win the majority in the Parliament and I will cancel this Agreement" declared the president Igor Dodon.