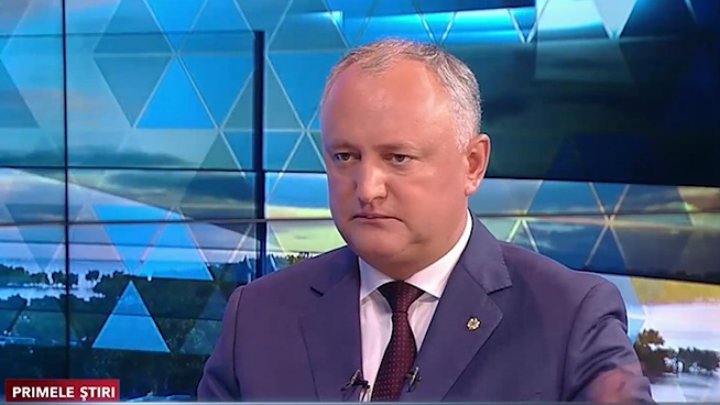 Following PAS allegations that dozens of fictitious voters have registered to vote in Russia, Igor Dodon has doubts about the lists drawn up for this purpose in the EU. In a special program on Prime TV, he had asked the competent institutions to verify the applications submitted in the European Union.

"The decision regarding the opening of polling stations has not yet been taken. In Russia, between 5 and 6 thousand people have applied for registration, and in Europe 45-50 thousand people. What are the falsifications then? They must be verified and I asked the bodies to investigate and say very clearly how these requests were submitted. It will be very interesting for me if it is found that a large part of the online registrations in EU countries were made with the IP address of the computers in Chisinau" , said Igor Dodon.

As for the accusations of falsifying the opposition elections, the head of state mentioned that "those who talk about falsification are trying to victimize themselves".

"I assume that some opponents understand that they will lose this election and are trying to find a justification from now on. But there will not be and cannot be falsifications," Dodon said.