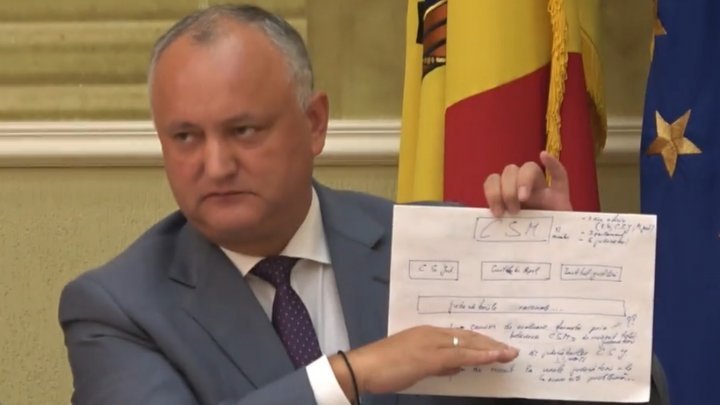 In Chisinau, justice reform is done with a pen, on a sheet. The head of state Igor Dodon demonstrated at a press conference.

The president presented the journalists with a sheet of paper, outlining the structure of the courts and explaining how this would be changed. The scheme was not presented in a PowerPoint format or printed on a computer, as we see in the 21st century.

After explaining what he drew on the sheet, the president sent a message to the magistrates: "I want to tell the judges that the approach will be a very and very serious one!"