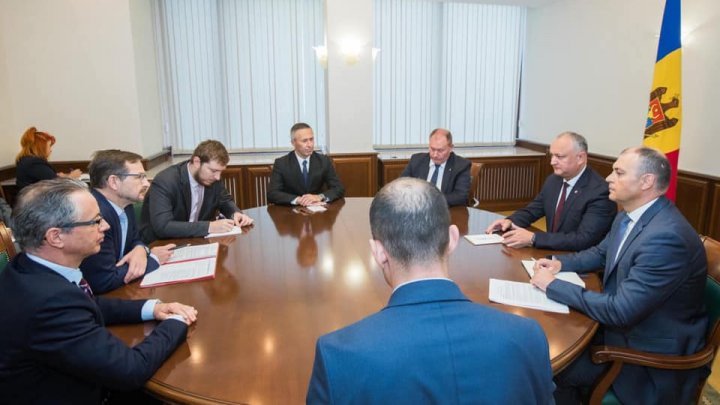 President Igor Dodon discussed with Thomas Greminger, secretary-general for the Organization for Security and Co-operation in Europe (OSCE), the withdrawal and destruction of Russian ammunition in Cobasna.

"I welcomed the commitment of Slovakia, which holds the presidency in the OSCE, to give priority to the prevention, mediation and mitigation of frozen conflicts, and expressed gratitude for the readiness to organize the October 5 meeting in the "5 + 2" format", quoted the press release of Presidency.

Publika recalls that the Russian Defense Minister Sergey Shoygu while visiting Chisinau said that Moscow was ready to start the dialogue on destroying the weapons in Cobasna.

However, during a meeting with Moldovan Foreign Affairs Minister Nicu Popescu, Russian Foreign Minister Sergey Lavrov stated that Russia was not in a hurry in this regard. He argued this process could be started in "over a year and something".

Meanwhile, security experts and political analysts, say that Moscow's decision to start the destruction of ammunition could be a pretext for the Russian Federation to bring additional personnel and additional Russian military equipment to the Transnistrian region.