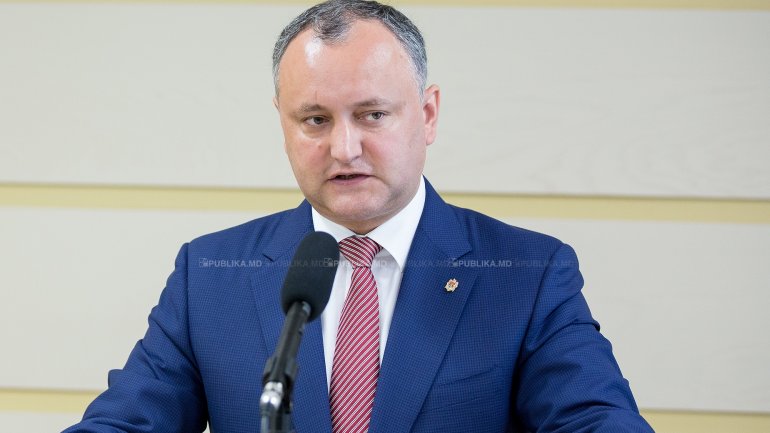 A group of soldiers of the National Army were supposed to attend the military exercises in Romania, but Igor Dodon refused to sign the decree on secondment military contingent. The information was confirmed by the head of state at a press conference in Brussels after meeting with NATO Deputy Secretary General, Rose Gottemoeller, writes Deschide.md.

"We need to clarify, first to appoint a professional minister and then we willl see how we proceed. Such request (concerning the posting of the military contingent) is on the table of the President. I asked for additional arguments. In return, tomorrow morning, we will see what are the arguments for participating in a mission in Romania. I did not sign it. We will clarify this matter if we sign or not. Let's see why they should go there" , Dodon said.

We underline that the soldiers of the National Army actively participate in military exercises in neighboring countries - Romania and Ukraine.

Ministry of Defence has no minister after Igor Dodon has dismissed on December 27, the formed minister  Anatol Salaru at the initiative of President Mihai Ghimpu.