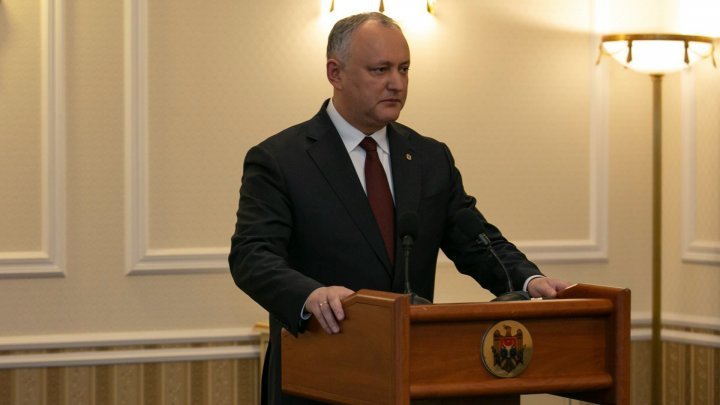 President Igor Dodon claims that Democratic Party is the most anti-Russian political project in Moldova and PDM delivered such a message in order to please the West. In a NTV show, Dodon said PDM will fail to carry further reforms due to the former party leader's absence.

"They made these declarations only in order to please the West. They don't get political benefits from this. Their attempt to please the West, Americans, to show that they oppose Russia and to make any steps to create an anti-Dodon coalition. Who needs such things actually? The party? I don't think so! It's Plahotniuc who needs this", said Dodon.

According to the head of state, PDM is the most "passionate" anti-Russian party in Moldova.

"Neither Ghimpu nor unionists hate Russia like that. It's Democratic party who opposes Russia the most".

Meanwhile, Dodon wants anybody who joins PDM in the elections to be aware of this fact.

He also considered that PDM could do nothing without Plahotniuc's involvement.

"I know Pavel Filip quite well but I don't think PDM will survive without the hand of the former leader", said Dodon.