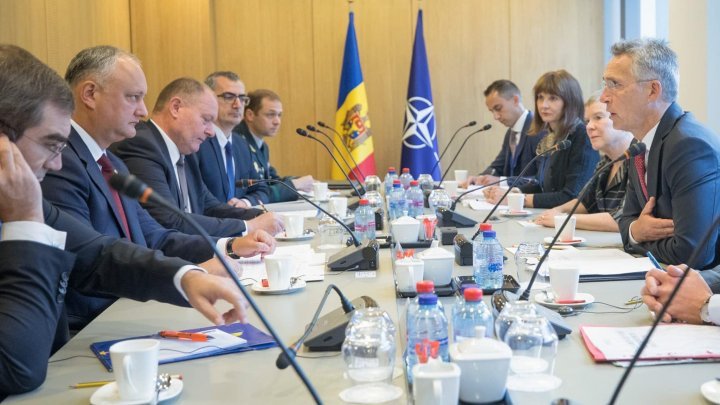 During the discussions, the president reiterated that the constitutional status of permanent neutrality and the balanced foreign policy remain a basic priority for the leadership of the Republic of Moldova.

"The neutral status of the Republic of Moldova means not participating in military blocs, including NATO. Based on this, we want Moldova's constitutional status of permanent neutrality to be internationally recognized", said Dodon.

"We know that Moldova has no desire to join NATO and we respect that decision entirely. We firmly believe that every nation has the right to set its own course. This includes choosing their own allies, or choosing not to align with any other countries.

But neutrality does not mean isolation, or that we cannot work together.  NATO works closely with other neutral countries – such as Switzerland and Austria.

NATO is also helping Moldova improve its expertise and defence against cyber-attacks. Destroy dangerous chemicals, including banned pesticides. And develop advanced telemedicine so that first responders can get the best advice in an emergency.

This contributes to improving the lives of Moldovan citizens.  Enhances Moldova’s capacity to defend itself against any attack. And helps your country be safer and more secure", said Jens Stoltenberg