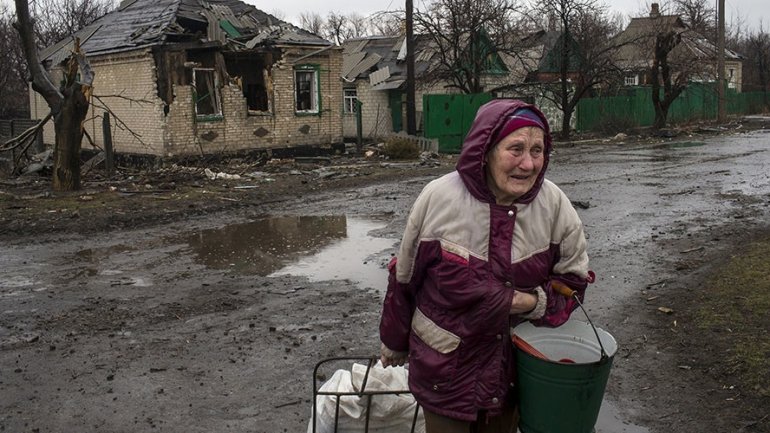 The special correspondent of Canal 3, Crina Balea and operator Victor Frumusache have made a documentary on the nightmare war in Dombass, Ukraine and have talked with people from Avdeevka.

Avdeevka is a city in the Donetsk region, Ukraine. According to 2001 data, the population of this town is just a little over 37,000 inhabitants, half to the Moldovan residents living in the city center.

The war there has est a mark during the last three years.

The team returned home and hopes that Moldovans will understand exactly what is happening in the eastern Ukraine.

See the video below or here.