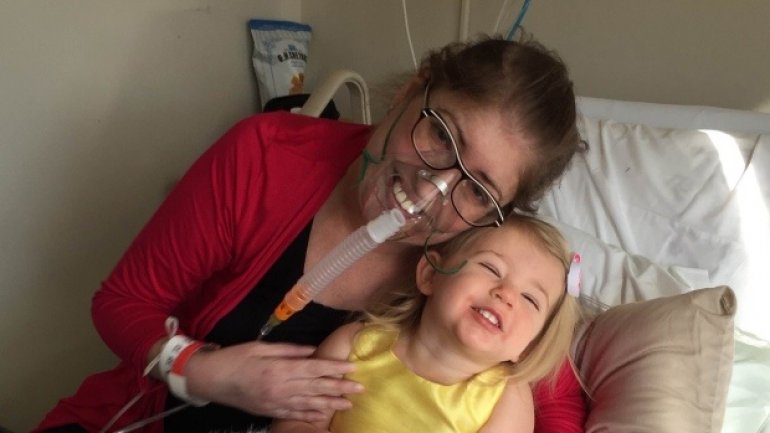 In what is believed to be the first procedure of its kind in the world, doctors in Canada have saved a young mother’s life by resorting to a radical solution – they removed her lungs for six days while she waited for a transplant, informs The Guardian.

In April, Melissa Benoit arrived at a Toronto hospital with a severe lung infection. Doctors soon realized that Benoit, who had been born with cystic fibrosis, had just hours to live, leading them to consider the unprecedented approach.

“It was a difficult discussion because when we’re talking about something that had never to our knowledge been done before, there were a lot of unknowns,” Dr Niall Ferguson of the University Health Network, the health authority responsible for the Toronto general hospital, told a news conference on Wednesday.

A recent bout with influenza had left the then 32-year-old fighting off respiratory failure, forcing doctors to keep her sedated and on a ventilator to help her breathe.

Benoit was put on a temporary life support device but her condition continued to deteriorate; the bacteria in her lungs became resistant to most antibiotics, sending her body into septic shock and her blood pressure dropping. One by one, her organs began shutting down.

Her team of doctors gathered together to weigh a bold solution they had contemplated for years but never carried out – the removal of both her lungs in hopes of eliminating the source of the bacterial infection.

The list of unknowns was long, from the risk of bleeding into the empty chest cavity to whether her blood pressure and oxygen levels could be sustained once her lungs were removed.

“What helped us is the fact that we knew it was a matter of hours before she would die,” said Dr Shaf Keshavjee, one of three surgeons who operated on Benoit. “That gave us the courage to say, if we’re ever going to save this woman, we’re going to do it now.”

In mid-April, a team of 13 began a nine-hour surgery to remove Benoit’s lungs. Filled with mucous, each lung was swollen and as hard as a football, said Keshavjee.

A small artificial lung was connected to Benoit’s heart, while other devices oxygenated and circulated her blood. As they waited for replacement lungs to become available, doctors wondered how long she could be supported like this.

Since then, her strength has steadily improved. Months in the hospital had initially left her without the ability to hold her head up, sit up or stand, but in the past month she has begun walking without a cane or walker. The ordeal also damaged her kidneys, but Benoit is soon hoping to be well enough to receive a kidney transplant from her mother.