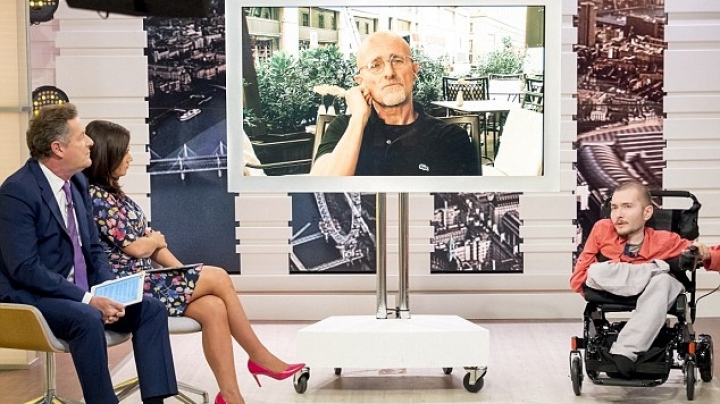 A controversial neurosurgeon who wants to carry out the first human head transplant has outlined plans to conduct 'Frankenstein' experiments to reanimate human corpses to test his technique, reports Daily Mail.

Dr Sergio Canavero, director of the Turin Advanced Neuromodulation Group, and his collaborators believe they may be able to conduct the first human head transplant next year.

They have outlined plans to test whether it is possible to reconnect the spinal cord of a head to another body with tests that will stimulate the nervous system in fresh human corpses with electrical pulses.

However, the Russian man who has volunteered to have the first transplant has also revealed that his girlfriend is opposed to him having the operation.

The aim of the surgery is to first cut the spinal cord and then repair it before using electrical or magnetic stimulation to 'reanimate' the nerves and even movement in the corpse.

In an article for the Surgical Neurology International, Dr Canavero and his colleague in South Korea and China drew parallels to the infamous story of Frankenstein, where electricity is used to reanimate the fictional monster.

He pointed to experiments conducted in the 1800s using the corpses of criminals who had been hung as proof such tests could be successful.

Dr Canavero and his colleagues said: 'A fresh cadaver might act as a proxy for a live subject as long as a window of opportunity is respected (a few hours).  It also implies that the process of deathly disintegration is not an immediate process. We name this effect the "Frankenstein effect".

It comes as Dr Canavero and his colleagues have announced the results of experiments to show they can reconnect the spinal cord after it was severed in a dog.

A series of research papers published today detail how the animal was able to walk and wag its tail three weeks after being paralysed from the neck down.

Dr Canavero claims the results prove the technique used, known as GEMINI spinal cord fusion, will also work in humans to fuse two ends of a spinal cord together.

This could then be used to connect a transplanted head to a donor body, allowing a paralysed patient regain control of a body.

Valery Spiridonov, a 30-year-old Russian computer programmer suffering from a form of spinal muscular atrophy called Werdnig-Hoffmann, has volunteered to undergo the surgery.

However, the claims have been met with scepticism by many in the scientific community who warn the experiments in animals do not yet prove a head transplant will work in humans.