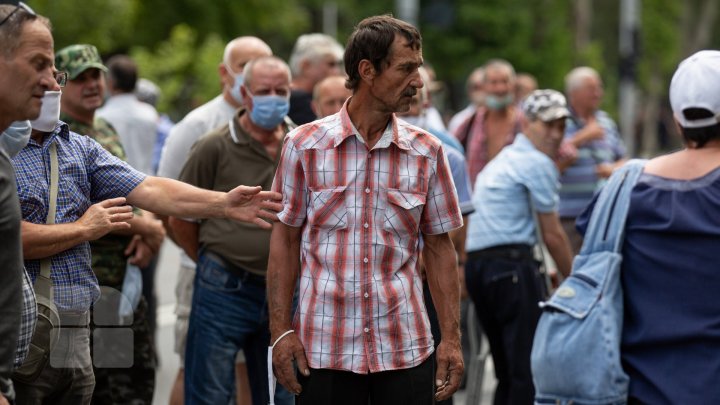 Veterans of the Dniester war accuse the authorities of humiliating and betraying them by rejecting the project that would have allowed them to benefit from a free health insurance policy. In a press conference, the members of the "Tiras-Tighina-1992" Association say that the head of state, Igor Dodon, is behind the cancellation of the document.

According to the veterans, they were promised to receive free policy but the  parliamentary majority rejected the document after several delays.

"Veterans are humiliated and the government does not even have strength of character and does not have a conscience to apologize for not fulfilling the promises given to veterans," said Alexandru Banari, a member of the "Tiras-Tighina -1992" Association.

Asked by Publika, the spokesperson of the Presidency, Carmena Sterpu, said that the head of state has nothing to do with this case, which is related to the legislative procedure

PSRM's press officer, Irina Astahova, told us that the bill will be submitted for re-examination in parliamentary committees in order to avoid populism and ensure its financing.

Publika recalls that the initial draft proposed by the Government provided that only war veterans who do NOT work should benefit from a free health insurance policy. The document was voted in the first reading in early July.

Then Stela Macari, the member of the PPDA Platform, proposed an amendment based on which ALL veterans should benefit from this facility. The draft was voted in second reading in mid-July.

However, the lawmakers found that it is against the Constitution and decided to submit it to the vote in the final reading without the amendment proposed by the MP Stela Macari, which happened last Friday.

The bill did not garner the required number of votes, leaving veterans without a free health insurance policy.

Subsequently, PM Ion Chicu accused the PPDA MP of blocking the bill. In reply, Stela Macari stated for Publika TV that the PPDA Platform will continue to insist on this amendment.