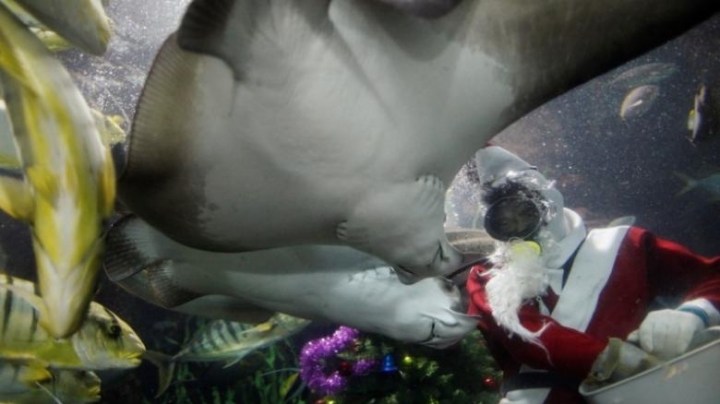 A diver has died after being stung in the chest by a stingray at a Singapore aquarium, the aquarium's owner said on Wednesday, reports Reuters.

Philip Chan, 62, head diver at Underwater World Singapore (UWS), was preparing the animals for transfer to another aquarium on Tuesday when he was injured.

The 62-year-old was taken to hospital where he died later in the day.

"This was a tragic accident," Haw Par Corporation, which owns UWS, said in a statement.

UWS had been closed to the public since June with Chan, who had worked at the aquarium since it opened in 1991, one of 10 staff kept on to care for the animals until suitable homes had been found.

Haw Par said they had suspended the animal transfer program and were "supporting the authorities in the investigations".

Most stingrays, common in coastal tropical waters, have one or more stingers on their tail which they use in self-defense.

Australian conservationist and "Crocodile Hunter" Steve Irwin died in 2006 after being stung multiple times by a stingray off the Great Barrier Reef.