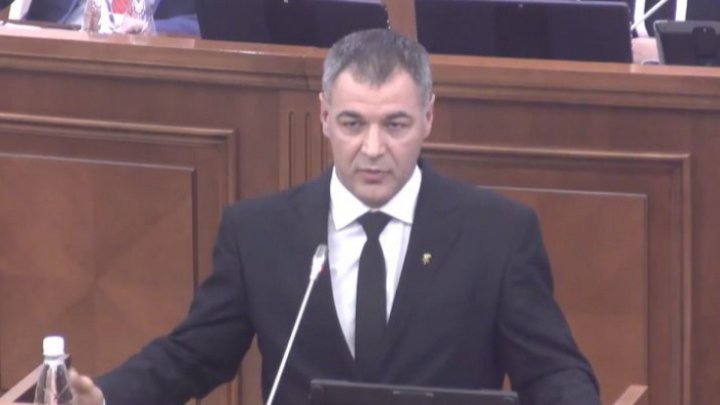 Dissensions in the ACUM block increase with each passing day. Several MPs could leave Maia Sandu and Andrei Nastase and create a new faction in the legislature. The statement was made by the non-attached MP Octavian Ticu. He argues that in the ACUM block there are several MPs who disagree with some recently taken decisions, in particular those aimed at collaborating with the Socialists.

'Probably, the ACUM block will have a new faction, there are already enough deputies. We are waiting for the elections in the constituency. Probably, in the event that I will not succeed to win the City Hall, it will be a parliamentary political fight'.

Also, Octavian Ticu harshly criticized the announcement of the Socialists that the PSRM exponents must have more ministries in the Sandu Government.

'I do not think that the two components of the ACUM block are ready for such a change, because that means not only the end of government, but also the political end'.

About the fact that the Socialists want to run several ministries within the Sandu Government after the local elections, the head of the PSRM parliamentary faction, Vlad Batrancea, announced during a broadcast on a private television station. The PSRM-ACUM Alliance was formed on June 8, 2019. This is because the leader of the ACUM block promised in the electoral campaign for the parliamentary elections on February 24 not to form a coalition with the Socialists, Democrats or the 'SOR' Party. Recently, the three groups signed a new political agreement. Subsequently, the PAS MP Lilian Carp, said that the document was signed in a hurry, under the protection of the MPs Marina Tauber and Reghina Apostolova, and this to distract the attention of the company from the details of this document.

Earlier, MP Iurie Renita hinted that he could leave the PPDA faction because he was unhappy with the way decisions are made in the PSRM-NOW Alliance. For his part, Octavian Ticu, who announced his departure from the faction, does not rule out that his example will also be followed by PAS MP Lilian Carp. The management of the ACUM block has not yet commented on the statements made by Octavian Ticu.