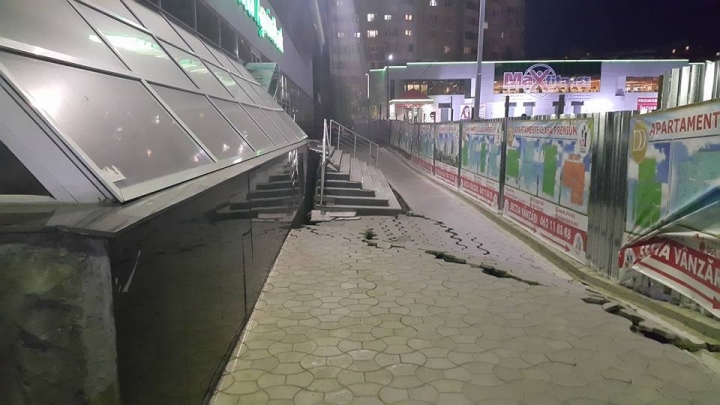 (UPDATE 08:55)  Municipal Prosecution has opened a penal case in this regard

(UPDATE 08:54) An eye witness sent to our redaction images from the moment of earth sliding under the building.

(UPDATE 08:27) Below you can see photos taken this morning.

(UPDATE 22:54) To the scene came the mayor of Chisinau, Dorin Chirtoaca. "Will be done verifications to see how high the danger is. There is an authorization for construction at earth level.  It is a private land, sold by the bank. We have to see if the project requirements were fulfilled", said the mayor.

(22:08) Panic in Chisinau. A building on Miron Costin street of Riscani district risks to collapse, after the construction of a building was started nearby.

The walls of the building, in which a bank has its office, have fallen already because of the foundation pit, dug a few meters from it.

The police is already at the site. The area is surrounded.

PUBLIKA.MD mentions that nearby is also a block of flats of 16 stories.