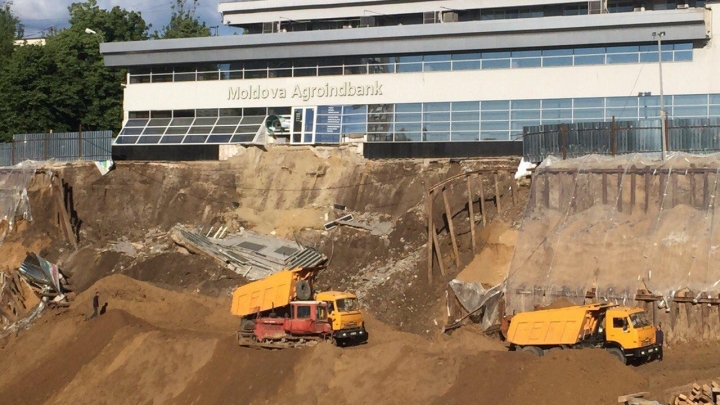 Chisinau City Hall wants to get out clear in the Rascani disaster case. Thus, the deputy mayor Nistor Grozavu has announced the person guilty of the nearly-collapsing building, caused by the construction works done for the foundation of other building.

“I admit that there might be deviations at the construction works. According to the law, guilty is not the City Hall, but the author and the verifier of the project. These are the responsible persons. All construction works are conducted by a site inspector and a technical responsible. There is also the technical book, in which is done the act of establishment of the works. There is also the Construction State Inspection that monitors the site. Previously, there has been an alert announced to the beneficiary. A technical expert was hired to analyze the quality of the works: he recommended to avoid doing the vibratory compaction and to cover the borders with film” has declared Nistor Grozavu.

Moreover, the responsible has mentioned that the construction works will continue in parallel with the expertise and verification of the quality of works.

Also, the deputy mayor announced that, starting from Tuesday,the authorities will verify all construction sites in Chisinau, and the Prosecutor’s office did right opening a penal case.

PUBLIKA.MD mentions that a building in Rascani sector might collapse anytime because of nearby construction works on the foundation of other building.