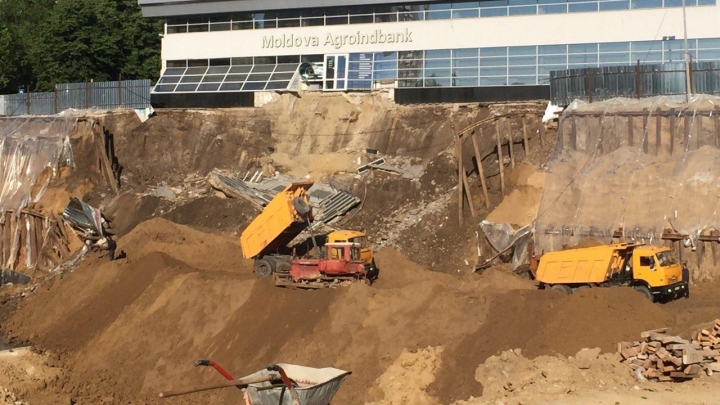 A building in Riscani district may collapse any time, because of a foundation pit dug for the construction of another building. The stairs and sidewalk collapsed already, and on site the rescuers are working.

According to deputy mayor, Nistor Grozavu, in the construction works have been done many irregularities. At the same time, the designer does not have much experience.

"There are no damages, neither human, nor material.It is a technical accident that might be solved by the economic agent with his own powers, or local resources. The designer seemed inexperienced. I think does not have any experience. He does not have more than 30 years. In order to receive the right of signature, designers have to have 7 years of experience in the field.  There is also the professional-human part, where you can start a large construction only after learning very well all the processes that are done during the construction" said the deputy mayor.